The Bank for International Settlements has published the results of its triennial study into the foreign exchange and derivatives market. It's based on a detailed study of trading in for one month - April 2019, and follows previous reports every three years since 2001.

The numbers are eye watering.

First, over the Counter trading in Interest Rate Derivatives averaged $6.5 trillion a day, up from 2.67 trillion a day in 2016. Here's a graph with the details. 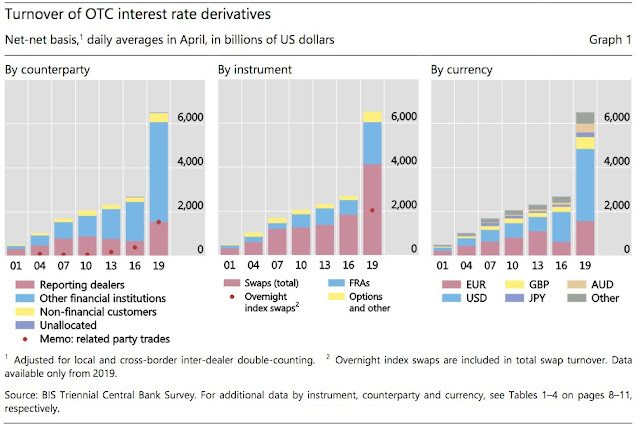 Since that figure is per day, and assuming at least 250 trading days a year, it follows that the annual volume must be something like $1,625,000,000,000,000 ($1.6 quadrillion). Those of you who know that I think that applying a tiny Financial Transaction Tax on all transactions would make good sense, will know what I'm about to say. Yes, a tax of 0.01% on that would generate $160 billion a year. Now, imagine what you could do with that? How about fixing climate change and saving our planet?

Second, their figures for foreign exchange trading are also mind-blowing. Trading in FX markets reached $6.6 trillion per day in April 2019, up from $5.1 trillion three years earlier. 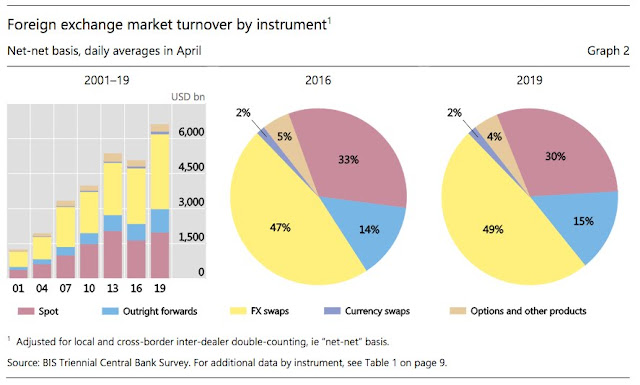 The insanity of allowing traders to do this with no tax at all is made even more apparent when you consider that citizens typically get hit with a 2.5% tax every time we try and convert one currency into another. Now, I'm not going to argue that we need to tax the $6.6 trillion a day at the same rate charged by the bankers themselves. That would be ridiculous - although it would be fair!

No, let's just go for 0.01%. And use the money to do something important. If you are stuck for ideas, just check out the UN's 17 Sustainable Development Goals.