I'd already found some figures from the Library of the House of Commons showing that UK taxpayers had been paying around 3% of GDP in the form of interest payments on Public Sector debt since the early 1950s at least. And I had always wondered what the numbers looked like from earlier periods.

Well, I've just found a truly amazing website called UKpublicspending which is absolutely stuffed full of data. One particular dataset immediately caught my eye. It's a table of Public Debt Transactions from 1692 to 2016.

You can see the graph directly, but I've downloaded the raw data, and generated my own Excel Chart. Here it is. 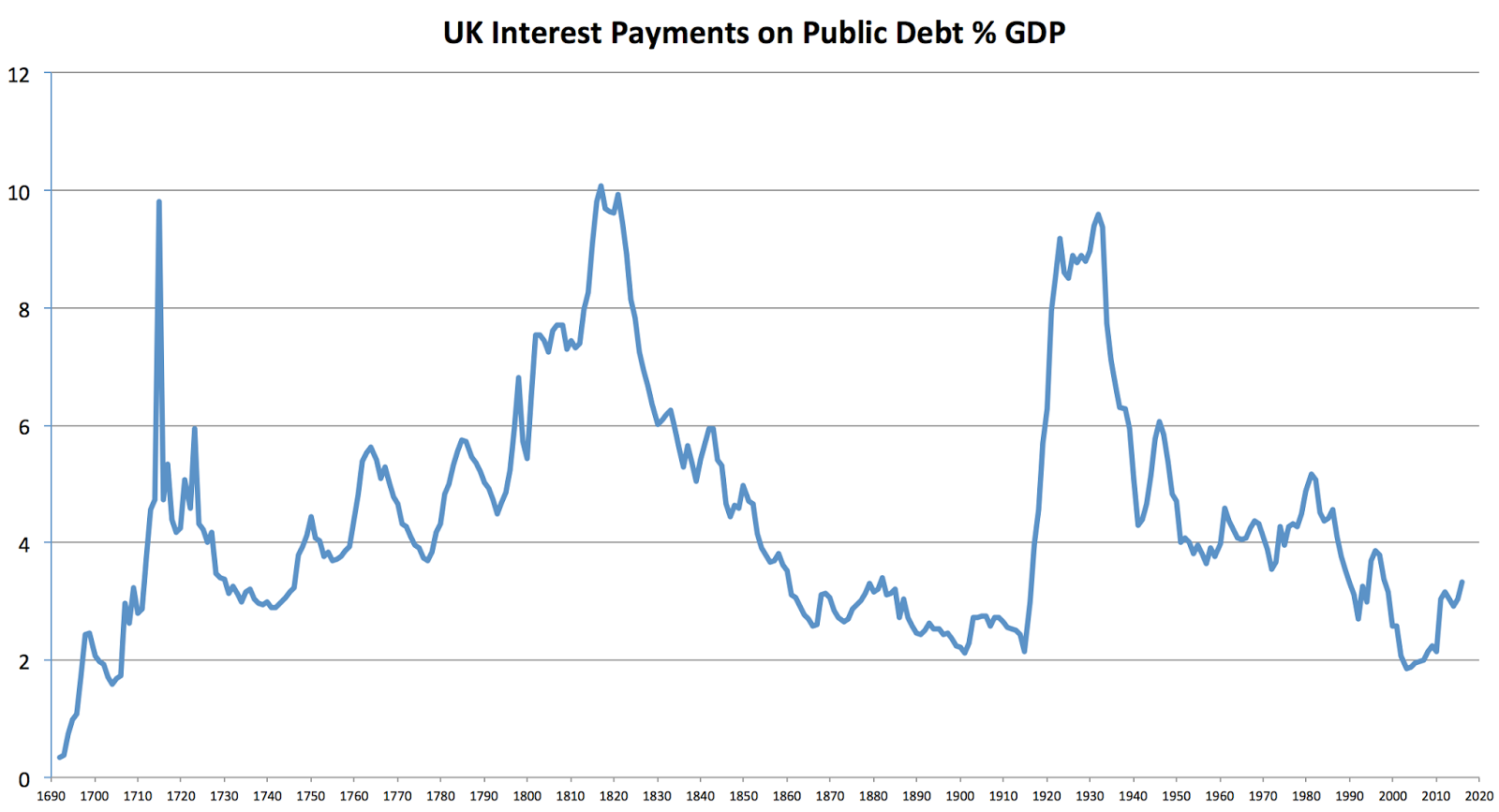 Now, as the Bank of England has now openly admitted, when Commercial banks make loans, they don't actually have the money they lend. They literally create the so-called "money" out of thin air. That's true when you ask for a loan to buy a house or a car. But it's also true when George Osborne asks to borrow another £11 billion from the "markets" to cover the Public Sector borrowing requirements for just one month - September 2014.  The full gory details of just how much the UK government has been borrowing is revealed in the latest figures from the Office for National Statistics 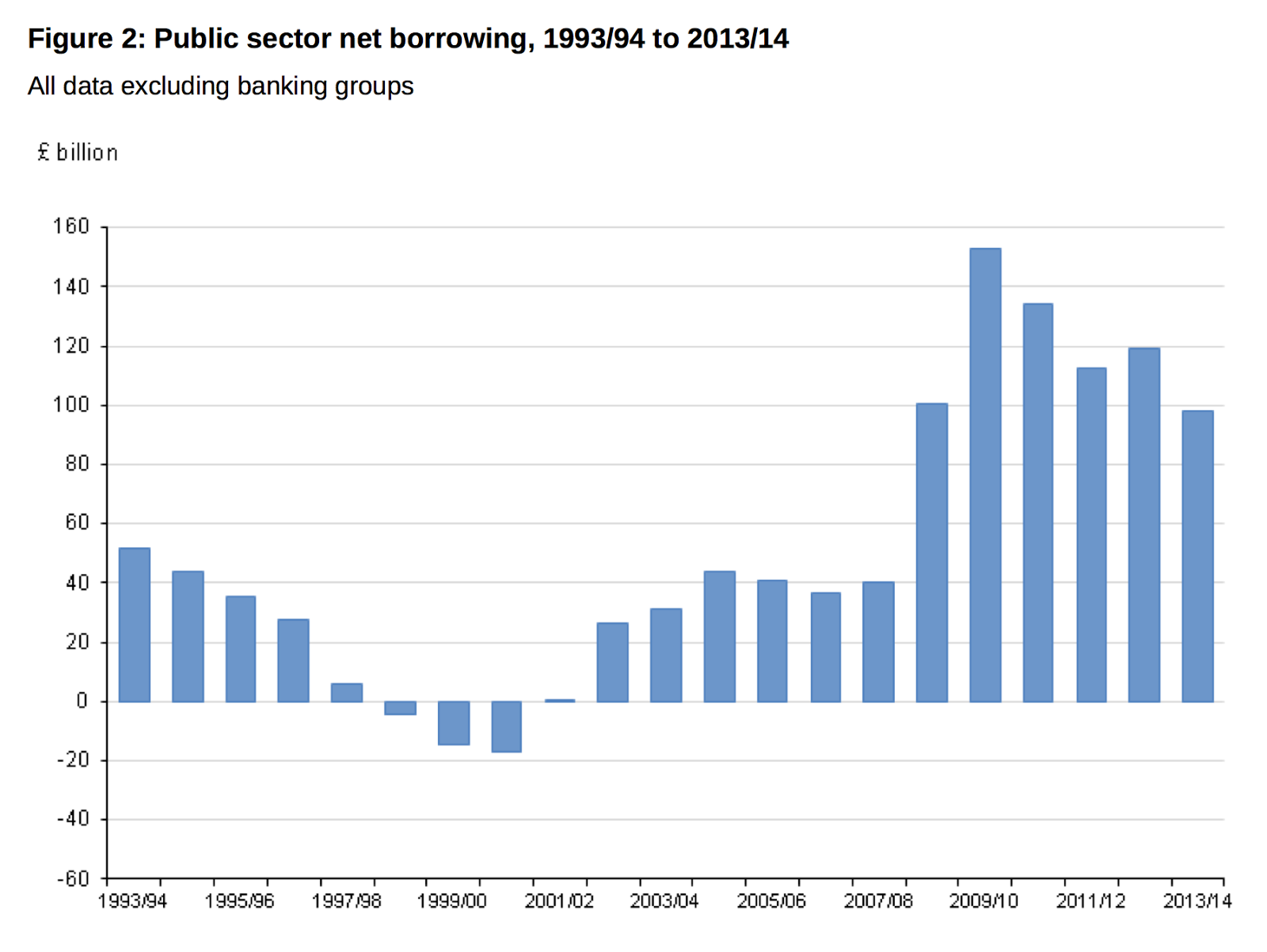 From this, you can see why total Public Sector Debt has been rocketing - despite the UK's governments so-called economic competence. Here's figure 3 from the same document. 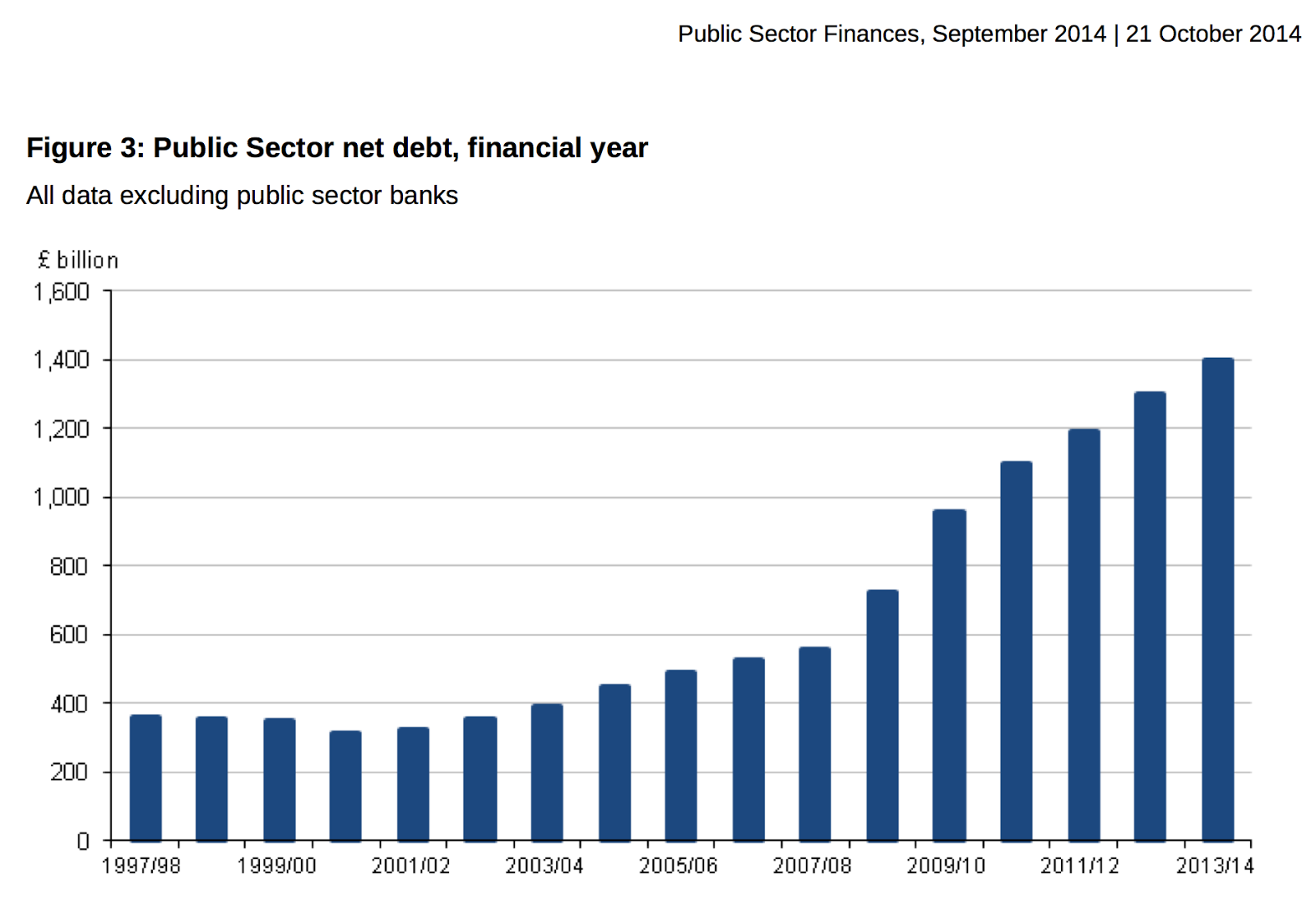 Since Osborne and Cameron took charge of the UK economy in May 2010, they have borrowed a total of £452.9 billion from the "magic money tree" that Cameron claims doesn't exist.

Banks can in fact generate infinite amounts of debt for complicit governments, because lending to AAA to AA- rated governments like the one in the UK has a risk-weighting of 0%. That means that, according to the Basel banking rules, they don't even need any capital at all.

This is total lunacy. And it is clear that either Cameron and Osborne are totally ignorant and don't realize that we are all being ripped off, or they are actively working for their paymasters. Actually, I think that both statements are probably true.

When will people realise that this scam has been running since 1692? It is time to put an end to it. In my opinion it is nothing short of a criminal conspiracy.
Posted by Simon Thorpe at 11:32