I've just had another look at one of the most interesting websites around. It's a list of the 50 largest banks in the world by total assets, which you can find on the Accuity.com website. The list provides not just the assets of each bank, but also its capital. As you can see from the table below, there are some remarkable features. 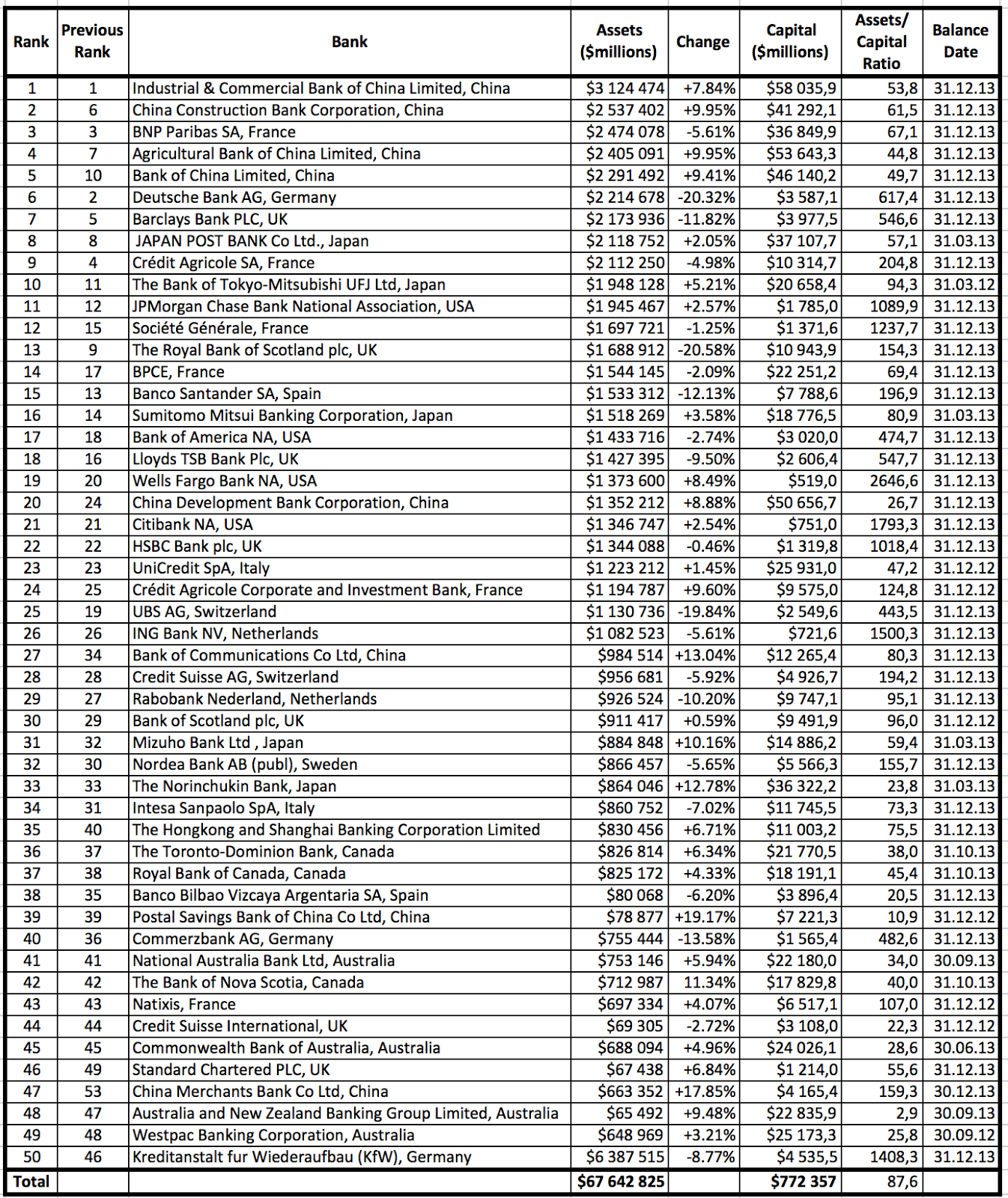 Firstly, the picture is changing rapidly, with Chinese banks now occupying 4 of the top 5 slots - a big change from last year. Quite a few western banks have clearly been trying to reduce their assets, with banks like RBS, Deutsche Bank AG and UBS all shrinking their assets by around 20%.

The capital figures are also fascinating. It shows that while the 50 largest banks have assets totalling $67.6 trillion, their total capital is only $772.4 billion. That's an average Assets to Capital ratio of 87.6:1.

As I noted last year, this doesn't fit with the widely accepted view that banks can only create about 10 times more credit than they have deposits. The principal reason, I believe, is that the Basel rules mean that certain types of loans don't count. Specifically, loans to governments that are AAA to AA- rated are not included in the banks assets - they have a zero risk weighting. That means that banks can create as much debt/credit/money as they want when they lend to governments - with absolutely nothing to back it up.  They just have to find some politicians who are either too dumb to know what is going on, or who are happy to play for their chums in the Banking sector (or both).

Let's have another look at the table, but this time ranking the banks according to their Assets to Capital ratio. 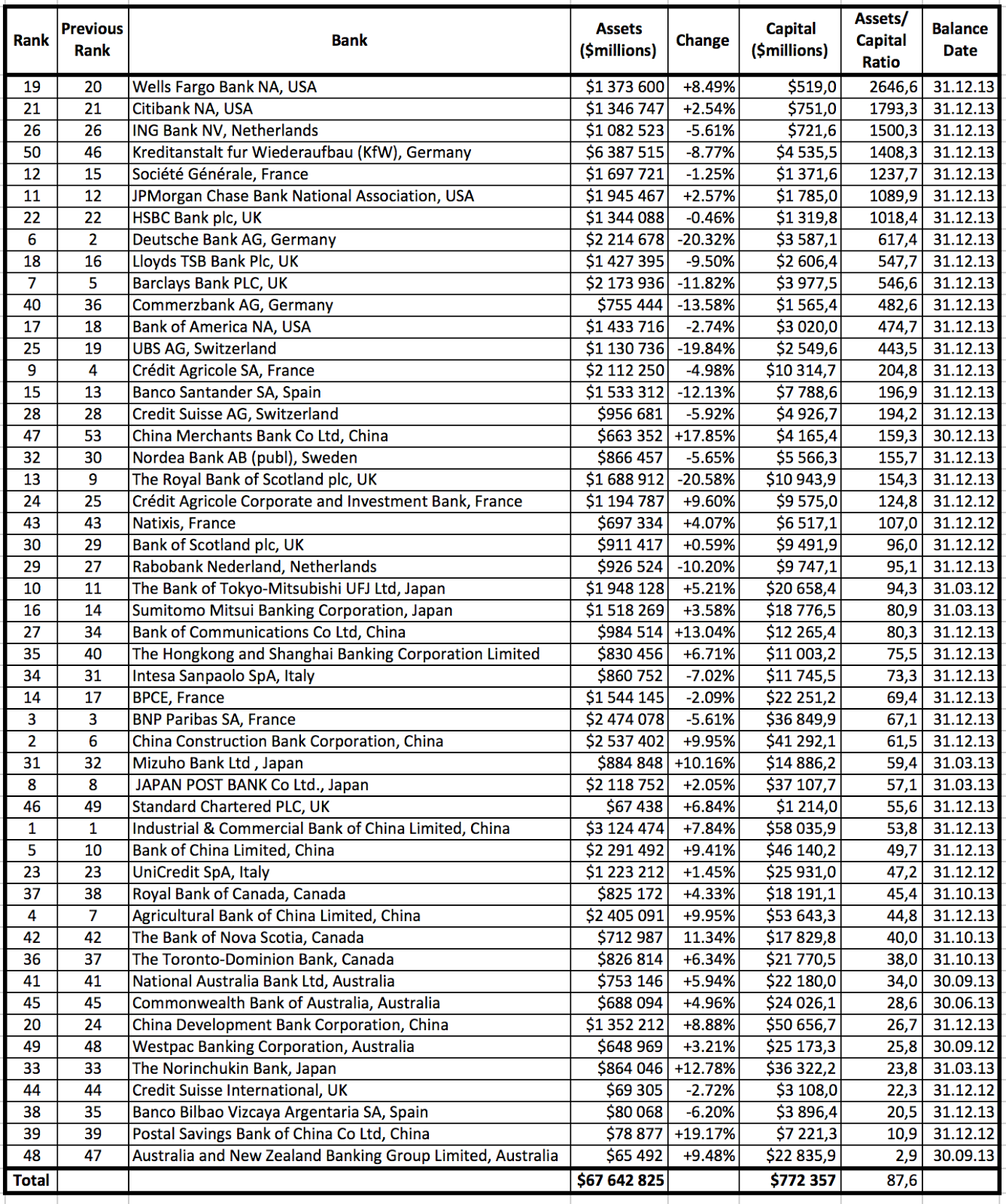 And the winner is ...... Welle Fargo Bank which has a ratio of 2647:1.  But Citibank, ING Bank, KfW, Société Générale, JPMorgan and HSBC all have more than 1000 times more assets than they have capital. It's interesting to compare the table with the same table last year. The list is fairly similar, except that UBS, which was top of the list last year (with a ratio of 3279:1) has now dropped back to 13th position - partly because it dumped  20% of its assets, but also because its capital increased from $419 million to $2.5 billion.

Isn't banking wonderful! Wouldn't it be amazing if we all had the right to buy assets with money that we don't have?

Isn't it about time that we got rid of this insane system where banks are permitted to lend money they don't have to individuals, businesses and governments, and then charge us all interest?