A couple of hours ago, Eurostat released the figures for European Public Sector Debt and Interest Payments for 2013. You can find them all at their website here. Once you get there, all you have to do to download the information is to follow these instructions
Fear not - I've done it all for you, and compiled the data into this table. I provide figures for Government Gross Debt, Interest Payments in 2013, and cumulated interest payments for the period from 1995 through 2013. There are a few countries where the numbers for those cumulated interest payments are incomplete - they are the ones shown in red. 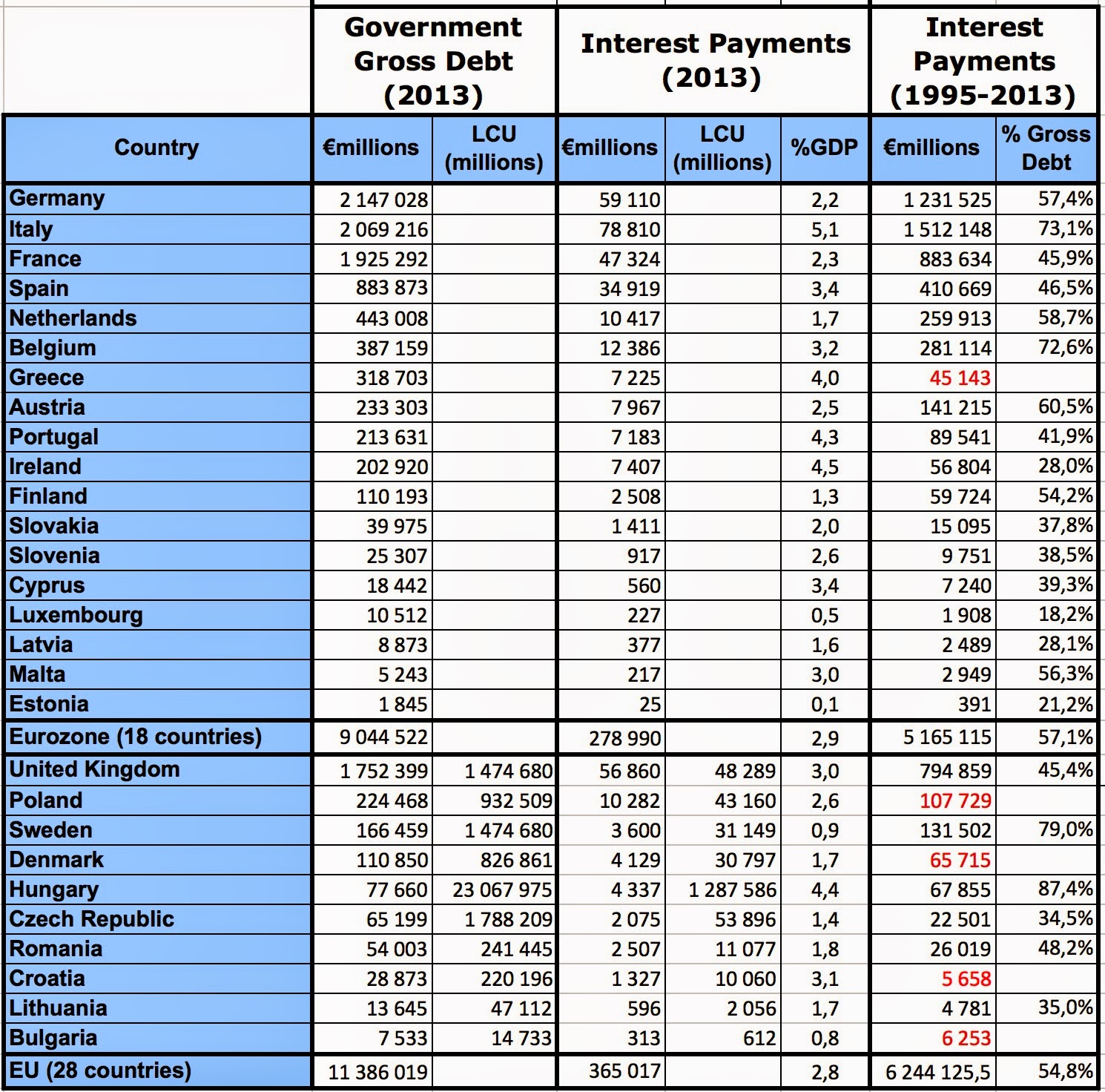 It's been another bonanza year for those who are holding on to all that debt. They have pocketed another €365 billion in interest payments (€279 billion if you just include the Eurozone).  This brings total interest payments for the period from 1995-2013 (the period for which Eurostat provides numbers) to €6.24 trillion. Anyone out there wondering why our governments are so heavily in debt?  Over 57% of Eurozone debt is entirely explained by those interest payments.

A few countries actually managed to get their debt levels down a bit. Germany's debt dropped by 0.6% but is still a very impressive €2147 billion. The Czech Republic actually got its debt down by 7.6%.

But overall, interest payments are still costing European taxpayers 2.8% of total GDP. That's an awful lot of money to pay to banks who don't even have the money that they lend to governments. As the Bank of England stated clearly a few weeks ago, Banks just invent the money they lend out of thin air. And as I recently pointed out, they don't even need to have any capital to back up their loans when they make loans to Governments that are rated between AAA and AA-. That's because the risk-weighting of such loans is 0% (as defined by the Basel banking rules). They can literally create infinite amounts of public sector debt and just sit back and let the interest payments roll in.

What a wonderful system.....